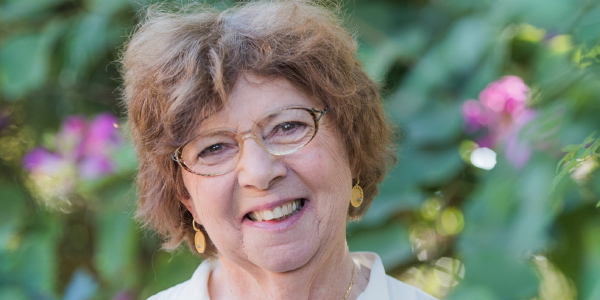 Ellen Carol DuBois has a history of impacting lives. "I graduated from college in 1968 - the year history came raining down on the United States," says DuBois, a distinguished professor of history and gender studies who retired in 2017. "In my first year of graduate school, the women's liberation movement opened up and changed my life." She became one of only a handful of women her age in a revolutionary new field.

Over the course of her career, DuBois has written numerous books, taught nearly 10,000 students and became a pioneer in the field of women's history. In 2020, as the nation celebrated the 100th anniversary of women's right to vote, she published Suffrage: Women's Long Battle for the Vote, a comprehensive history of the US women's suffrage movement.

Women's history has become a very established field, and it plays a very important role for women," says DuBois, who, after 50 years of teaching, still gets letters from young women saying her class changed their lives. Particularly close to DuBois' heart are her first-generation undergraduate students. "I was a first-generation student," she says, sharing that neither of her parents went to college. "Many of these students are immigrants or children of immigrants, and they are eager, engaged students to whom it is a joy to teach American history."

Leaving her legacy - "UCLA has been very good to me," says DuBois who wanted to give back to the department she loved. "I wanted to make sure that the people whom I had experienced as the foundation of the California university system, my best and most beloved students - transfer students - would have the financial assistance they need," says DuBois with great emotion.

Investing in the future - Funded through a deferred gift, DuBois' scholarships will be offered to transfer students studying history. "So many of our transfer students come from minority communities and reflect the wide range of citizens in our state. They are often the first college-educated generation in their families. It's important to me that we support these undergraduates. This is exactly how I want my money to be used," DuBois says, adding that she is just following the lead of many colleagues who give back so generously to the university.