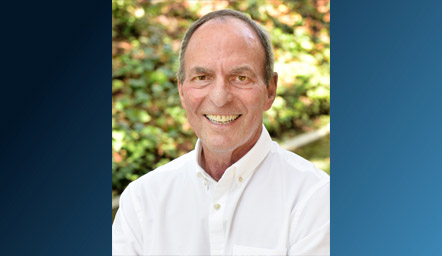 Learn more about bequests
"I could not then and couldn't today simply write a check for the full gift, but I did feel confident I could commit to fund the balance of that amount over the rest of my lifetime, and if not, fund the entire balance out of my estate."
~ Bruce Spector

The names still inspire Bruce Spector. "From my first day at UCLA, I found a group of young professors - including Kenneth Karst, William Warren, Jesse Dukeminier, Kenneth Graham and David Mellinkoff - who loved teaching and cared about their students," says Spector about the professors who would become national leaders in their fields. "Studying under these masters provided me with the intellectual base upon which to build a successful career."

That career would span nearly five decades, beginning at Stutman, Treister & Glatt, a bankruptcy firm where Spector took a clerkship as a second year law student and went on to spend the next 25 years after graduation. He later joined Apollo Global Management, one of the largest private equity firms in the country, until his retirement in 2015. But as a 1967 graduate of the UCLA School of Law, he never forgot those who provided him with a top-notch law school education and remained deeply indebted to them.

A commitment to the future- While touring the School in 2007, Spector came upon what was once the law review office in which he had spent countless hours. It was now a storage room, waiting to be converted into a conference room. In his commitment to giving back, Spector set up a blended gift to build the Bruce H. Spector Conference Room, a technologically up-to-date conference and seminar room, and support the law school's faculty recruitment and retention. He funded a portion of the gift during his lifetime, with the balance coming from his estate.

Determined to pass it forward- Spector is proud of the fact that UCLA School of Law is the youngest of the nation's top 20 law schools. He is also aware of the vital need for increased funding to continue to attract the best minds to the university. "UCLA Law has continued to become the national leader in developing clinical training programs that prepare students for a lifelong practice, while also making a difference in people's lives," he adds. "I encourage others to explore all the things UCLA does and to make a gift through your estate."

For Spector, the estate gift ensures that future generations will continue to learn from the best, as he did. "In order to compete with our peers and attract students from every walk of life, the availability of scholarships and endowed chairs is essential," he says. "We need to compete for and retain the young Karsts, Warrens, Dukeminiers, Melinkoofs and Grahams of today."