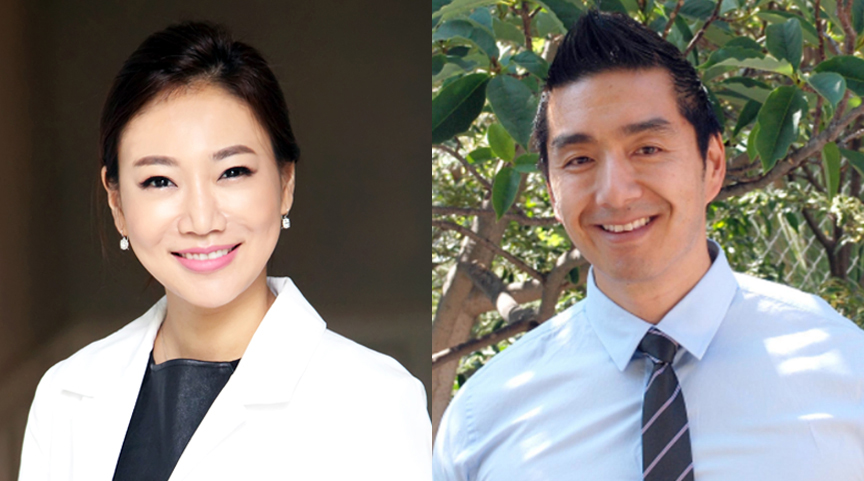 Young people with cleft palate may one day face fewer painful surgeries and spend less time undergoing uncomfortable orthodontic treatments thanks to a new therapy developed by researchers from the UCLA School of Dentistry. The treatment incorporates a shiny twist: diamond fragments so small it would take more than 3 million of them to span the diameter of a penny.

A recent laboratory study indicates that this treatment could alleviate a common complication of cleft palate relapse from "maxillary expansion," an intervention that reshapes the jaw to help those with cleft palate speak without impediment.

"Relapse after palatal expansion is a major problem for children with cleft palate anomalies," said Dr. Christine Hong, the study's first and corresponding senior author and an assistant professor of orthodontics in the UCLA School of Dentistry. "Current therapeutic interventions for these children face high failure rate. We needed to develop a way to stabilize the palate. That's how we began assessing potential components for this particular use."

Hong and her colleagues created a therapy that combines estrogen—long known to play an essential role in bone health—with nanodiamonds. These minuscule particles result from mining and refining operations and have already demonstrated promise in an array of uses, including medical imaging, dentistry and chemotherapy.

The study describing the work appears online in Proceedings of the National Academy of Sciences.

Cleft lip and/or palate is a congenital condition characterized by a gap in the upper lip and/or roof of the mouth. This can interfere with eating, drinking, breathing and speaking as well as cause serious facial and dental deformities. Aesthetic differences often undermine youths' self-esteem and can make them the target of bullies.

Typically, those with the condition can expect years of orthodontic treatment and multiple surgeries starting just months after birth. The most common craniofacial birth defect, cleft lip and/or palate affects one in 700 newborns.

For many people with cleft palates, expanding the roof of the mouth with orthodontics is an important step in achieving clear speech. However, because the cleft itself has diminished ability to grow bone, the palate later regresses in more than 80 percent of individuals.

Post-expansion relapse can exact a physical, psychological and financial toll. Patients deal with additional orthodontics and repeated surgeries, including bone grafts and orthognathic surgery, a highly invasive procedure to alter the jaw. Currently, there are no strategies to address this complication.

"The potential of reducing hospital visits, complications and other barriers associated with conventional approaches means that young patients may have a better chance to thrive and be healthy," said study co-senior author Dean Ho, a professor of oral biology and medicine in the UCLA School of Dentistry. He also serves as a professor of bioengineering and is a member of the UCLA Jonsson Comprehensive Cancer Center and the California NanoSystems Institute at UCLA.

Along with co-first author Dayoung Song, a master's student in oral biology and an orthodontic resident, Hong and colleagues sought to put estrogen's well-known bone-supporting properties into action. The researchers also aimed for a time-released, direct-delivery solution, in order to maximize efficacy and avoid the potential risks, such as cancer and blood clots, of administering the hormone throughout the body.

Ho, who also is co-director of UCLA Dentistry's Jane and Jerry Weintraub Center for Reconstructive Biotechnology, explained: "Nanodiamonds form a complex—like a shield—around estrogen and other kinds of therapies, making them temporarily inactive until they are slowly released from the nanodiamond complexes. This can make the treatment both more effective and safer."

The research team embedded estrogen-laden nanodiamonds in a hydrogel. This treatment can be injected directly to the cleft in a watery form, then thickened using a harmless blue light to ensure it stays in place.

Using a laboratory model of maxillary expansion for cleft palate, the scientists found that after two weeks the new treatment resulted in a relapse rate of just 13 percent compared to 30 percent with estrogen alone and 40 percent in the control group " a two-thirds reduction in relapse from no treatment at all.

The researchers also reported that, compared to the control, the nanodiamond-enhanced treatment resulted in double the bone volume; superior growth of bone and new blood veins; and the production of more bone-forming cells.

Mindful of estrogen's potential side effects—especially considering that cleft lip and/or palate is more common among boys than girls—the investigators tracked estrogen serum levels for one week. With the new treatment, systemic levels remained constant.

"This study showed that our method has a contained, targeted and sustained effect, so we're very excited about it," Hong said.

Previous experiments showed nanodiamonds to be safe within the body and to be excreted normally. Similarly, earlier work demonstrated that enzymes break down hydrogel.

The researchers plan to continue laboratory studies and hope to bring their treatment to clinical trials. Their approach has implications for treating other craniofacial conditions and sleep apnea, as well as healing wounds and bone injuries.